Caravel seriesIBM i (AS/400) migration service

Caravel Converter offers conversion service for IBM i(AS/400, System i) user. The service converts a legacy system built by RPG, COBOL and CL programs to a new system, with true to the current functionality, built by Java EE and run on open platform.
Automatic source conversion without manual works can provide deliverables in safely and in a short period. In addition, creation of definitions for the destination database and data migration are included in standard services.

The migration steps with Caravel Converter are as follows.
First of all, check the conversion accuracy at PoC, and then start the project. 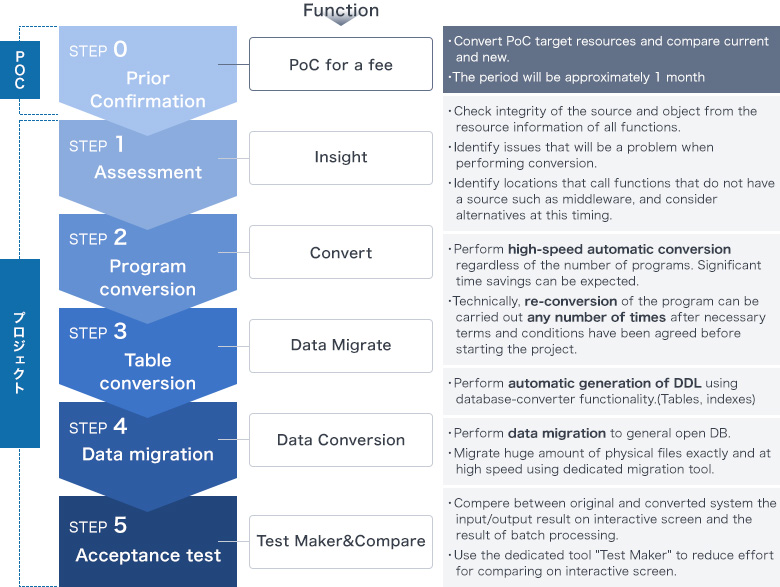 The most important processes of migration using Caravel Converter are two: Preconfirmation of resouces called Insight, and Program conversion.
Caravel Converter can provide 100% conversion of the resources including IBM i (AS/400) original architecture. 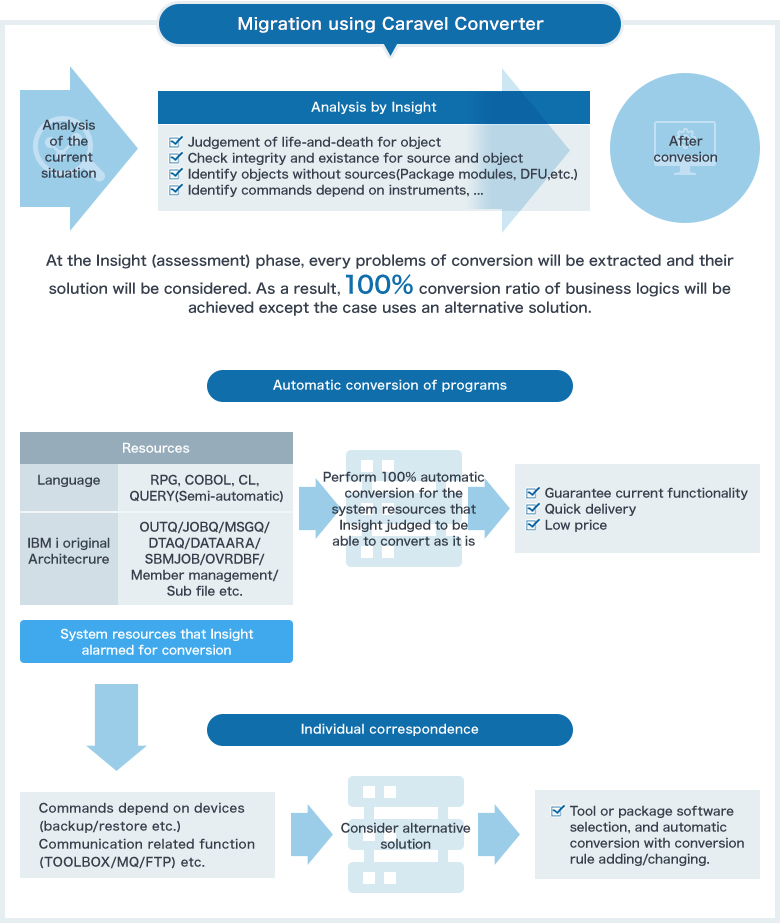 Caravel Converter enables migration in conjunction with program conversion while taking advantage of the assets of the current IBM i (AS400) . 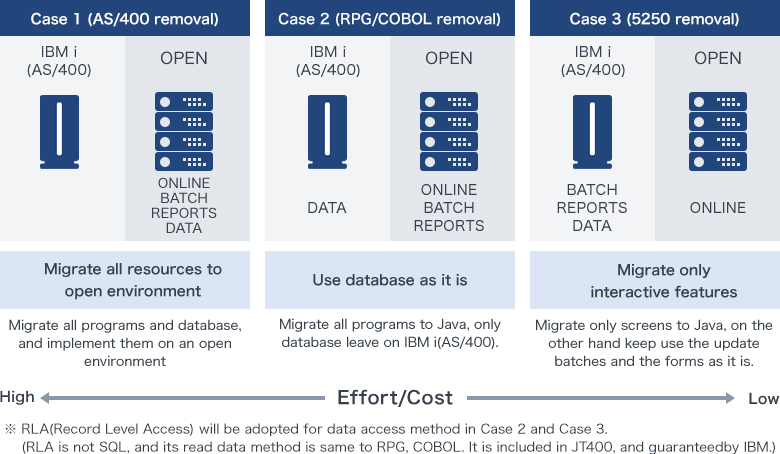 Structure images of original resources and converted resources are as follows:

Generally, to compare interactive program between old and new, enter the same values both ​​on the old and new screens and checking the difference. Enormous man-hours must be expected to do it.
To save the man-hours to half, we have a great tool "Test Maker". 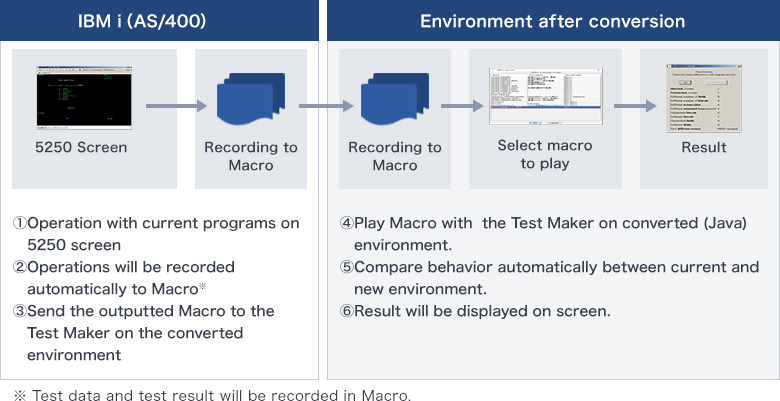